Cockroaches generally live in moist areas, but can survive in dry areas if they have access to water. They prefer warm temperatures around 29°C and do not tolerate cold temperatures. In residential areas, these cockroaches live in cellars and sewers.

A scavenging pest, cockroaches feed on decaying organic matter and a variety of other foods. They are particularly fond of fermenting foods. They can travel quickly, often darting out of sight when someone enters a room, and can fit into small cracks and under doors despite being fairly large in size. Cockroaches are considered one of the fastest running insects.

Females produce an egg case called an ootheca which protrudes from the tip of the abdomen. Between 6-20 eggs are contained inside the ootheca. After about two days being carried by the female, the egg cases are placed on a surface in a safe location. Egg cases are about 0.9cm long, brown, and purse shaped.

Immature cockroaches emerge from the egg case in 6 to 8 weeks and require 3 to 12 months to mature. Adult cockroaches can live up to one year, during which females produce an average of 150 young. 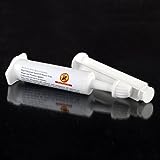 Pest Tech Gel is a rapid responds squad to protect your homes and office premises against cockroaches for up to six months on a single dose application. See visible result overnight. Pest Tech Gel is hands-down the best cockroach attractant gel product when it come...

Woodlice are essentially harmless, but nobody wants these creatures in or near their homes. Nippon Woodlice Killer provides a highly efficient solution. Supplied as a powder in a handy 'puffer-pack', it should be applied as a fine dust to surfaces and around cracks...